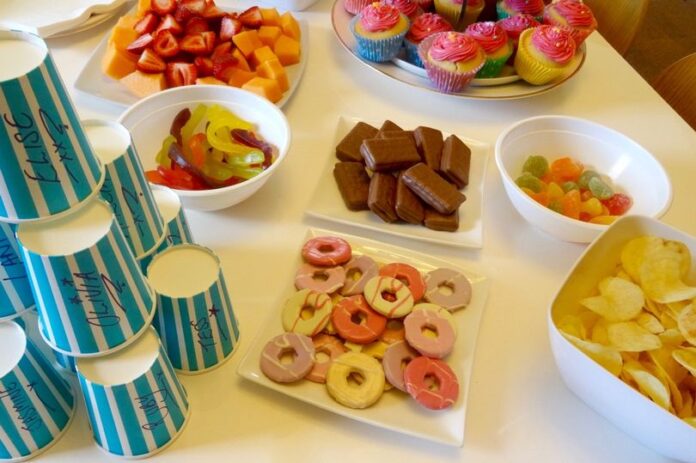 Parents were terrified by the ‘unacceptable’ letter given by the teacher to the young pupils before their school Christmas Party.

Following the incident, the school had to apologize for the misconduct by their teacher.

With Christmas just around the corner, all are preparing for the year awaited week.

Preparations are going in schools as well to organize the festive celebration.

During this, a teacher asked each student to bring in different food or drink to be shared.

A mother named Takaria, hailing from Mississippi, was handed a note by her daughter.

The note read that her daughter had chosen to provide crisps or cheese balls, which needed to be taken into the school the day before the party.

A massive outrage was expressed by the mother and thousands of other citizens after they read the entire note.

The note by the teacher said, “My philosophy is: if they don’t bring anything, they don’t eat anything.”

To shame the teacher publically, Takaria posted the photo of the note on her Facebook account and expressing her anger, she wrote, “Now for these kids to be between 6-7yrs this should not be a philosophy.

“Kids are kids man. This is not acceptable in my eyes.”

The note posted by Takaria on her account, has gone viral and has been shared almost 7000 times and garnered over more than 3000 comments with many sharing her view that the ‘philosophy’ would punish struggling families.

One of the users replied, “The parents/children who are unable to contribute are the children who need it most.”

Another said, “That person does not need to be in a classroom. I’d probably just not send my kid to a school that day.”

A third wrote: “For all of you who say s*** like ‘just send a little something and quit crying’, this isn’t even about that.”

“It is about the ‘philosophy’ of this ‘teacher’ who will be okay with letting a kid starve or exclude them without blinking about it.”

Some of the parents said that their young children often forget to hand over the notes they are given at school.

Others also added that they would have ensured they provided enough food so no pupils were excluded.

However, everyone did not disagree with the teachers not. One wrote in reply, “They are ‘your children’ not theirs, take some responsibility for your kids.

“If you want your child to eat then give your child a plate to take, it’s not rocket science.”

After the post went viral and many expressed disagreement over the statement by the teacher, the school’s superintendent issued a statement to apologize for the letter.

It read, “We want our students to view school as a safe space. Our students should know that the moment they come to school, they are in an environment where they are nurtured by their teacher.

“I can’t publically speak to specifics regarding the teacher; however, I want to assure families that all students will participate and no students will be made to feel uncomfortable if they don’t bring refreshments.”