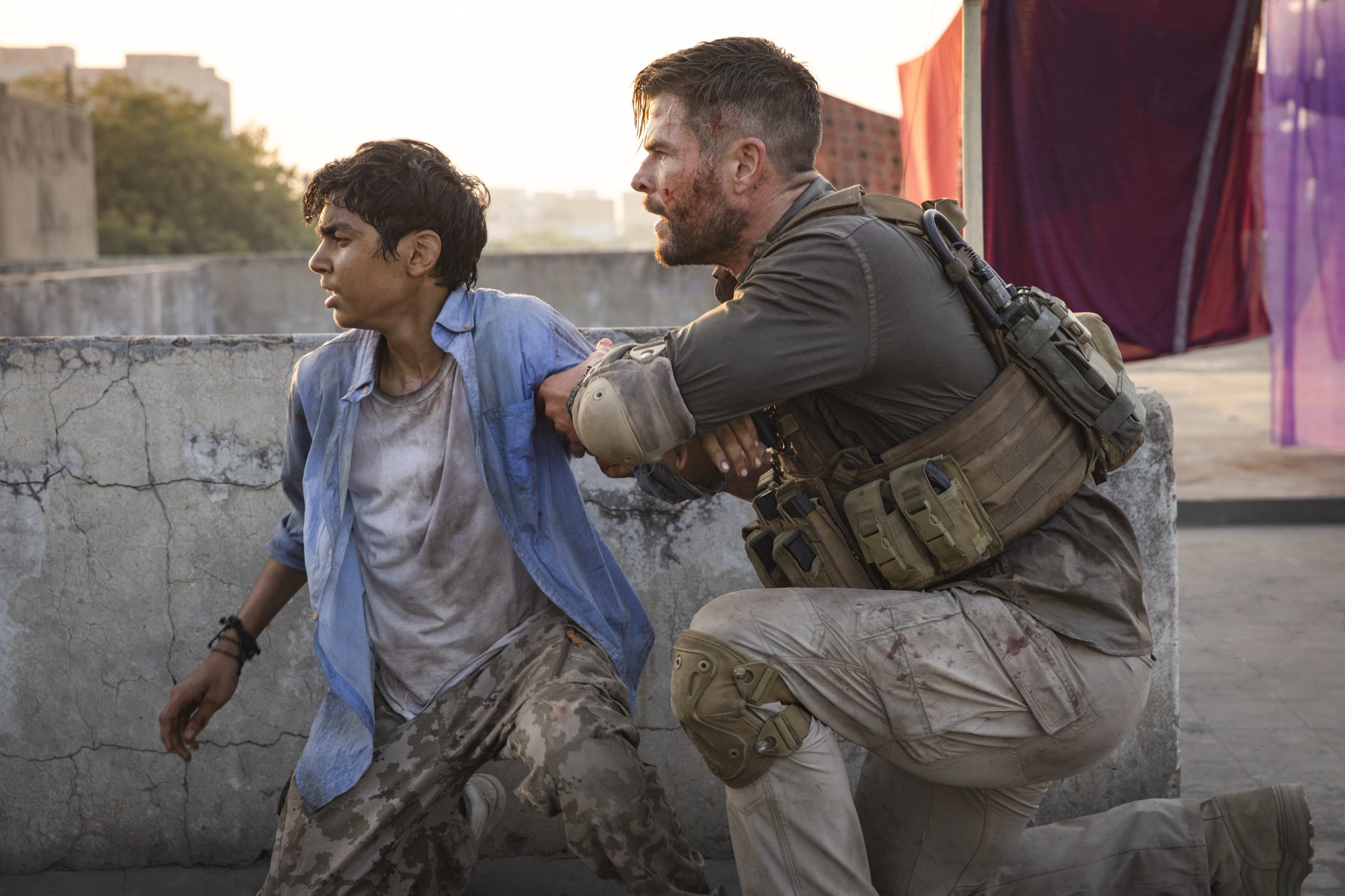 Netflix’s recent action-drama, Extraction, left its viewers at a confusing end. The film is one of the big hits on the platform. So here we have explained what might have happened at the end. SPOILERS AHEAD!

Ovi Mahajan being in jail, couldn’t rescue his son and was not ready to pay ransom to Asif, as it would lower his reputation. He gives the responsibility of saving Ovi Mahajan Jr., his son, to his assistant Saju.

Saju hired a mercenary named Tyler Rake to rescue Ovi Jr. from Asif. Rake is haunted by his dead son’s blurred memories and often did fatal activities. Things go unimaginably out of control when he frees Ovi from the clutches of gangsters.

After Rake breaks free Ovi, he had a cut-throat knife fight with Saju. Later, Tyler successfully brings Ovi to Gasper’s safe house. Also, Amir Asif sealed all the Dhaka’s borders so that Ovi and Rake couldn’t escape and announced a prize of 10 million on Ovi.

While at Gasper’s house, Rake and Ovi start developing a bond between them. From now, Ovi is not just a mission to complete; instead of rescuing him, now protecting him is also his duty.

Afterward, it comes to Rake’s knowledge that Gasper had informed Asif about Ovi’s presence as he wanted the money. During the fight between Rake and Gasper, Ovi shot dead Gasper.

Now, Rake has no one to trust in the city. He then contacts Saju and together planned to bring Ovi to safety and send him back home. While the climax takes place on a bridge where intense action takes place, Saju loses his life in battle.

Tyler Rake also had severe injuries. Nik with her team is on the other side of the bridge, and Ovi needs to cross that bridge alone. After Ovi crossed the bridge, Tyler was shot in the neck.

During this time, Tyler was able to see his son’s memories clearly, and then he falls into the river.

In the end, Ovi is back in his home. He jumps in the pool the same way Tyler Rake jumped off the cliff at the start of the movie.

He, too, sits at the bottom of the swimming pool till he is out of breath. As he comes out of the water, the film ends as Ovi catches a glance of the mysterious man that looks like Rake.

The ambiguous ending of Extraction has put many fans in a state of confusion. But if we try to calculate things very peculiarly, we might get the answers to our questions.

At the start of the movie, Tyler is seen jumping off the cliff and then stayed inside the water for quite a long time. Also, Tyler is the most fearless guy in the movie.

Also, rescuing Ovi was not a mission for him now; he started forming a bond with him, and it was more than just a task for him. When Rake fell into the river, his body was never retrieved by anyone. Later, a mysterious man looking like Rake was also seen at the closing scene.

Considering the first scene of the movie, we surely know how fearless Rake is and how good he is in the water. While falling into the river, he could have thought that even though he saved Ovi from Asif, he is still not safe till Ovi Mahajan in prison.

Since, Saju is also dead, and there’s no one to look after Ovi. He also has a new aim in his life to save Ovi and come out of his guilt of his son’s death. So we can assume that Tyler must have remained underwater and have crossed the river to reach a safe place.

In the end, we can assume that Tyler Rake is still alive, and if he is, we can expect a sequel too. Till then, you can stream Extraction only on Netflix.

Nocturne Ending Explained: Proof That Juliet Dies In The End

The Haunting of Bly Manor Ending Explained: Dani’s Return From The Lake