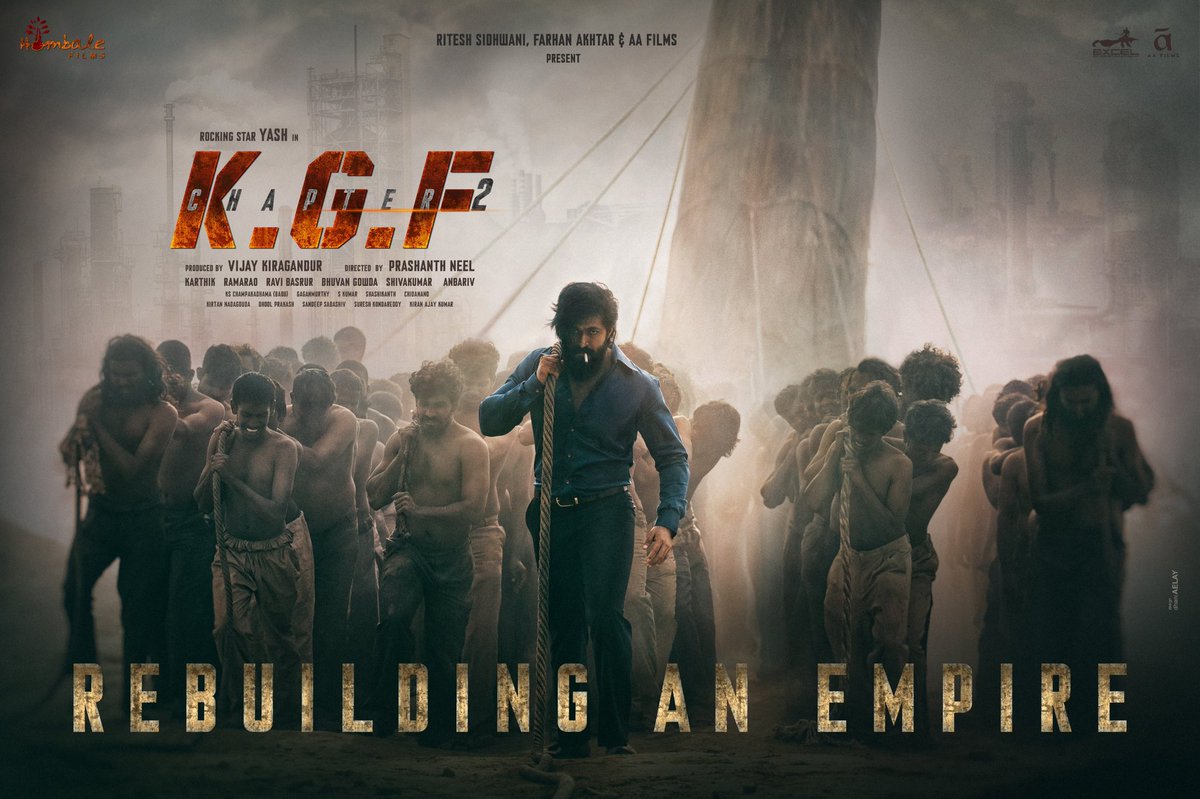 The blockbuster hit of Indian cinemas, K.G.F., is all set for K.G.F.Chapter 2. The first installment released in December 2018. The movie also released in five languages- Kannada, Tamil, Telugu, Hindi, and Malayalam. Yash starred in Chapter 1 and became a significant hit.

K.G.F.Chapter 2 is the most awaited movie this year. Makers of the film announced the release date via Twitter and the second installment will hit the Indian theatres on October 23, 2022.

K.G.F. is a Kannada film which showcases the journey of a man from streets of Mumbai to the gold mines of Kolar mines. Its first part received an overwhelming response from the people. Initially made on a budget of Rs. 50-80 crores, the movie scored over Rs. 240 crores at the box office.

Turning 60 hasn't and will not stop this KhalNayak from charming us!! Let your legacy continue @Duttsanjay. HAPPY BIRTHDAY Sir. Welcome to the world of #KGF ?

Makers and Yash, the main star, of the movie, wants to justify the hype it created after the release of chapter 1. In December 2019, the makers of the film released the first look of K.G.F.Chapter 2.

Prashanth Neel is also directing chapter 2. In an interview, Prashanth said that there would be almost double action. Everything is bigger, and fights will get bloodier. The filmmakers have not released any official trailer yet.