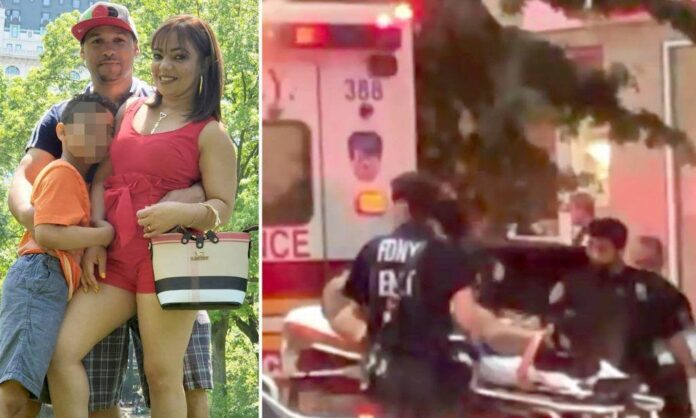 A man brutally stabbed his estranged wife to death in a Queens’s salon where she worked.

Surprisingly, he was seen hugging her after the fatal stabbing.

The man named William Rivas aged 39 was arrested charged with the murder of his 35-year-old ex-wife Carmen Iris Santiago.

Tu Stilo Salon SPA owner Lourdes Salazar, broke down while talking about the incident and said, “We tried to get him off of her but his strength was greater than ours.”

He added, “And then he tried stabbing us.” 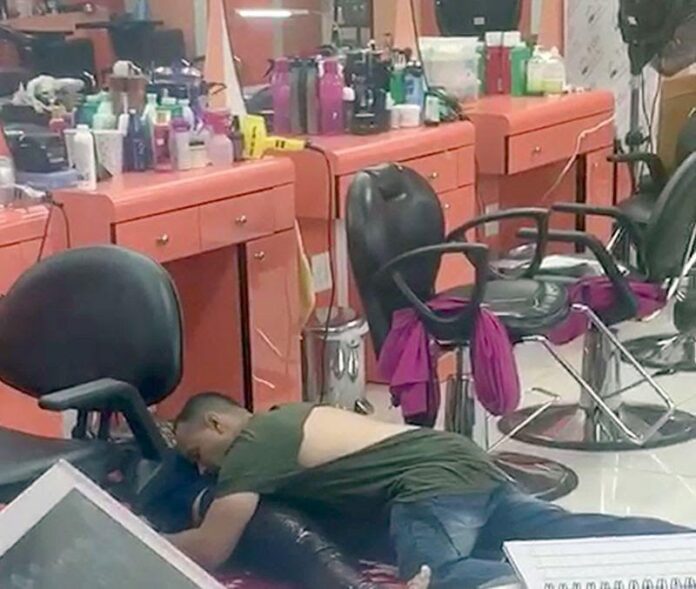 From the footage, we can see the plainclothes police officers arriving at the scene and pulling Rivas away from his dying wife as bystanders look on, some even videotaping the tragic aftermath.

Santiago was a mother of two boys, after the fatal stabbing, was rushed to the Elmhurst General Hospital.

However, after a few hours, she succumbed to her injuries.

On Thursday, a memorial was set-up at Santiago’s work station within the salon.

Her co-workers placed a framed photo of the woman, surrounded by candles.

A bouquet of white and purple roses, a cross and a wreath of white flowers were also kept surrounding Santiago’s photo.

A second dedication was arranged outside the store, where the same framed picture was placed on top of a donation box and lined with more candles and flowers.

After a 15-year-marriage, Santiago and Rivas parted their ways, told Salazar. 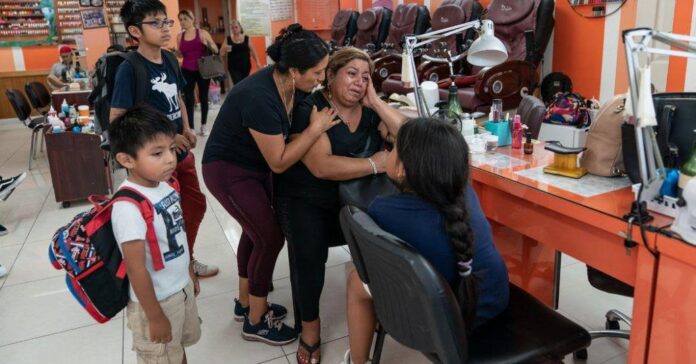 21-year-old Freddy Chavez, the salon owner’s son, described Santiago as a “single parent” who came to the country from the Dominican Republic about five years ago.

“Iris, she was a really good person, she was very caring,” he said. “They always talk about how good of a mother she was, being a single parent, coming to this country. She put them (her children) first.”

Rivas also suffered an injury during the attack and was hospitalized following the stabbing.

He was charged on Thursday with murder and criminal possession of a weapon.

However, NYPD had no documented history of domestic incidents between the couple and Rivas has no criminal history.

So what made this man to kill his beloved estranged wife is still a mystery.