Home Entertainment Celebrity Money Heist: Who is dating Who in real life? You will be... 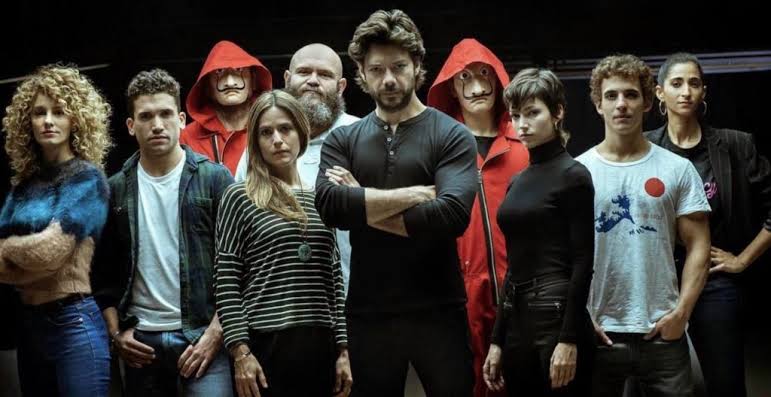 As usual, when we follow a show like Money Heist for a very long time, we all have our favorite character. So that is why we will give you all the more reasons to read this article. Here is all you need to know about the dating life of the characters of Money heist in real lives!

We all know that every Money heist fan has Professor in their hearts. Very frankly speaking, he should be declared as the global heartthrob. His Complex yet charming portrayal of Professor has made him every girl’s secret crush.

It will be heartbreaking for all the ladies out there to know that Professor is happily married. He married Blanca Clemente, who is a stylist. Also, they have adorable fraternal twins named Leon and Juliet.

The gutsy inspector who later turned as an accomplice to the gang is currently very much single. She is always known to keep her private life separate from her professional one.

But, there is also a rumor that she was once married to Juan Fernandez, who also plays Colonel Prieto in Money Heist. This makes it clear that Itizar is not very much in favor of sharing her personal life with her fans.

He is the most young and charming boy of the gang of Money Heist. As per information, he is single as of now. However, he regularly keeps posting pictures with Ursula Corbero ( Tokyo), which he says is just a friendship. As per reports, he was previously in a relationship that did not work out unfortunately.

The stunning and gorgeous Ursula Corbero is in a relationship with Chiro Darin. Now, he is an Argentinian actor, and they have been dating for quite some time now. As per information, it’s been four years. Also, the best part for the fans is that they moved in together last year, so we can maybe expect wedding bells soon.

In Money Heist, he is the guy with an infectious laugh. In real life, he is in a relationship with Maria Pedraza. She is the same person who played Allison Parker in the first season. They met during the shoot of Season 1, and then they tracked each other after the shooting was over. They have been in this relationship for about two years now.

She is such a delight to watch, and with this season, she has given her best performance. As far as her real life is concerned, she is very much single for now. Also, she keeps posting pictures with a guy, but has never said a word about him to her fans.

As of now, the most iconic character of Money Heist has a suspicious relationship status. According to the sources, He is quite the ladies man in his real life, too, as his character Berlin. This man is undoubtedly known for his string of relationships as well as divorces.

The latest relationship about which we are aware of is, he was married to Trixie Jumbass, and they also have a kid together. But, as far as his current relationship status, we can indeed say we are just as clueless as you guys.