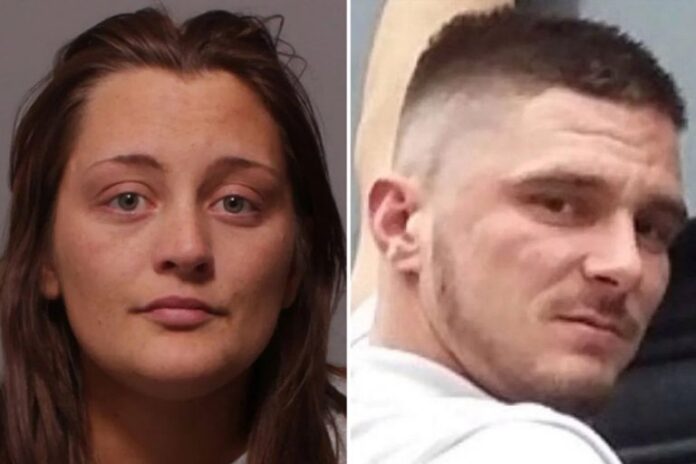 A mother named Emma-Jayne Magson, aged 26 from Leicester, stabbed her 26-year-old boyfriend, James Knight, to death. Moreover, she waited for 45 minutes before dialing 999 to inform the cops in March of 2016.

Leicester Crown Court imposed on her charges of severe manslaughter, and she was sentenced to life imprisonment in November of 2016.

Three senior judges in London will overhear a one-day appeal upon her punishment on Tuesday.

Her lawyers claim that they have what they say, “fresh evidence” has come to their knowledge that the accused might be bearing some diminished responsibility at the time of the crime.

Her lawyers argue that Magson was suffering emotionally unstable personality disorder, and that might have substantially impaired her ability to exercise self-control during the argument, which led to the killing of her boyfriend.

The lawyers claim that due to severe neurodevelopmental and comprehension difficulties, Magson was not able to participate and coordinate fully in her trial. And because of such reasons, it was difficult for her to understand the proceedings.

A Grand Jury of the Leicester Crown Court reportedly heard that Mr. Knight and Magson had a very “volatile” relationship, and they had been in a drunken row in the run-up to the fatal attack.

During the hearing, Judge Nicholas Dean QC said to Magson, “You have demonstrated no real remorse for what you did – on the contrary, you have effectively blamed James Knight for what you did.”

Magson was labeled as “cold, brutal and manipulative” and was accused of “sacrificing” Mr. Knight deliberately by delaying calling emergency services for around half-hour.

However, Magson was given the go-ahead for a full appeal at the Court of Appeal hearing in November last year.

Her barrister Clare Wade QC said that Magson’s diagnosis as an emotionally unstable personality serves as a shred of essential evidence in the case and “provides an explanation for her conduct and was a significant contributory factor.”

She said it was arguably “more likely than, at the time of the offense, (Magson) was suffering from diminished responsibility.”

Though she did not provide any evidence before the Jury, Magson explained in a written statement prepared by her for the trial that Mr. Knight misbehaved with her and grabbed her around the throat. In her self-defense, she “reached out to grab something” from the kitchen sink and ended up picking a steak knife. She said, “I hit him out once. It happened so quickly, and I cannot be sure how it happened. I didn’t want to harm him.”