Home Entertainment Anime HBO Max: Aquaman King of Atlantis. Everything you need to know about... 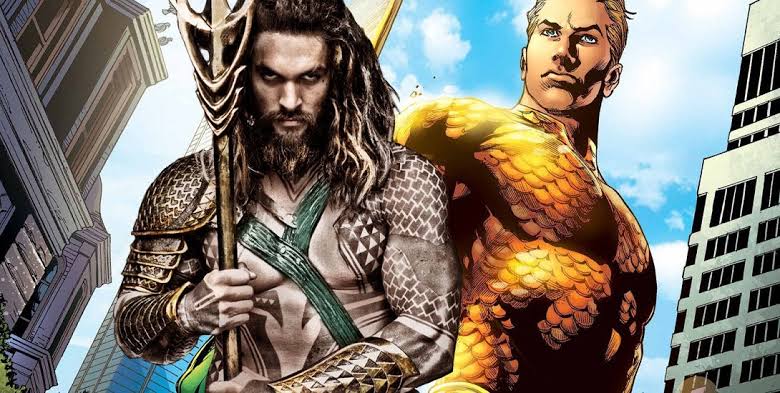 HBO Max has been announcing one series after other. It has also included Aquaman King of Atlantis show as it’s part. Aquaman is one of the most awaited series for all the DC Universe fans.

It is being released as a miniseries, so fans should not expect a whole lot of episodes coming out. In this article, there will be a quick catch up on a few HBO Max releases along with Aquaman King of Atlantis. Get ready for some spoilers too! Keep reading for more!

We all know that the miniseries will have a classic DC character known as Aquaman. Paul Norris Mort Weisinger has created this character. Marly Halpern-Graser and Victor Courtright are the co-executive producers and also the show makers. It’s a known fact that the genre of the show is superhero and animation.

As a part of Aquaman’s first Season, three episodes will be releasing. The production houses of this show are, DC Entertainment and Warner Bros. Animation.

James Wan will be completely involved in the making of this miniseries. He has a lot of history of working for the Aquaman movies. We all know that the previous film of Aquaman was an interesting one.

Those who watched it know that Aquaman gained the throne of King of Atlantis. Aquaman also has the power to talk to fish and do a lot of other stuff and also can command all creatures of the sea. With all these things going on, it will be a super exciting show to watch.

Release Date of Aquaman: King of Atlantis on HBO Max

According to sources, the release date of Aquarium King of Atlantis on HBO Max is yet to be announced officially. There has been no information or word on its release, however.

The fans are eagerly waiting for the show to be released in 2022. But due to the sudden outbreak of this pandemic, it seems a little complicated. Anyways, it will be a great show to watch for the audience.

This virus has broken down the hearts of all the fans worldwide. But, the show will be releasing as soon as this gets over. However, HBO Max has announced about 31 original series in 2022 and 50 for 2022. If you are a DC fan, it will be exciting for you.

● Full Bloom: It is a reality game show. This will undoubtedly be released in 2022, but no release date has been announced as of now. Eureka Productions will produce this show. It is an exciting piece of news for the fans out there.

● The Big Shot with Bethenny: This is a game show whose release date is also yet to be announced. It will have episodes of about 30 minutes each. The production companies behind the show are B Real Productions, MGM Television and Big Fish Entertainment.

● Ellen’s Home Design Challenge: It is also a reality show that will be produced by A Very Good Production.

● Event: This is a reality show based on food. It is produced by Renegade 83 company.

● Fantasy Food Fight: It is also a reality show based on Food. The Production House of the show is Talos Films.

● The Greatest Space: This is a non-fiction show and also is sort of a reality show. The Production Companies of this show are Scout Productions and New Media Collective.

● Wahl Street: It is yet another reality show which is a production of Unrealistic Ideas.

● Friends Reunion Special: This is one of the best shows of the 90s. This will be produced by Warner Bros. Unscripted & Alternative Television and Fulwell 73. This is probably one of the most awaited show among all as it will be a reunion episode. This will be releasing in 2022. So, the fans are eagerly waiting for its release.

These are some of the shows that HBO Max is going to release soon. Aquaman is expecting to release along with them in 2022 only as of now.