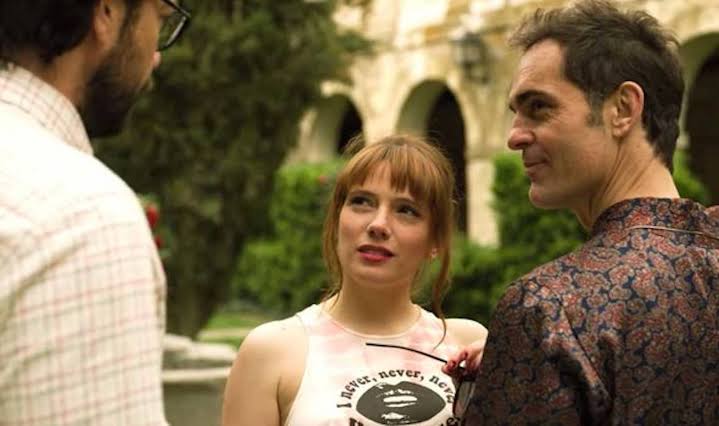 The Spanish web series Money Heist shot instant fame as soon as it hit the screens. It was a sensational show across the world. As of now, all the four seasons are equally exciting and has managed to hook the audience to their screen. Now, after this, the fans are eagerly waiting for Money Heist Season five. The season four ended on a super mysterious shot. In the last scene, Alicia Sierra, the inspector caught the Professor, the hero of the show, in his den, pointing a gun at him. As per the last shot, the professor was in the middle of the heist, and he got caught. The show ends on this note, which has brought the curiosity of the fans at peak.

As soon as Money Heist Season four ended, the fans broke the internet with all sort of plotlines to continue the show. They had a zillion theories made to keep the show. One such weird claim was that Alicia Sierra is dead Berlin’s ex-girlfriend Tatiana.

This theory got the air based on the evidence shown in the Season 4 of Money Heist. In season 4, we saw Berlin is trying to marry his lover, Tatiana. At the same time, Berlin also told the Professor that he had discussed every little detail of the heist in the Bank of Spain with her. Professor gets angry after hearing that. He says it was like leaking their plan. But, Berlin replied, that he does not hide anything from the love of his life.

Must Read: Everything you need to know about the Money Heist Season 4.

As we saw in Season 1 and Season 2 of Money Heist, Professor completely nailed the heist and was able to manipulate Raquel easily during conversations. But, since Money Heist season 3 and season 4, Inspector Alicia Sierra takes control of the conversation and gives a hard time to Professor. We also saw that she somehow always understands every move of the professor and responds accordingly. It was also very evident that Tatiana was the only person outside the Heist who knew every step of the heist. So, this made the fans believe completely that she is Tatiana, and she has returned as Alicia Sierra to take revenge from the Professor.

Some fans started comparing the faces of both the characters and claimed that they have the same nose. So as every day passed, a fan is bringing a new similarity to prove their point, it also strengthens the rumour.

In Season four of Money Heist, while talking to Raquel, Alicia reveals that her husband died two months ago. She then asked her to watch the news on TV. According to the fans, Berlin claims in Season 2, that he was about to die in two months from Cancer. As per fan predictions, Berlin was in combat with the police during the Heist in Royal Mint of Spain. So , he may have called Tatiana to watch the television to hear about his death.

The biggest question that arises is, if Alicia is Tatiana, then why is she coming after,  Professor? To that the fan theory says that, Professor let Berlin die in the first Heist so, Tatiana is angry and she is taking her revenge.