Home Entertainment Anime The Seven Deadly Sins Season 5 is out! Check out the details 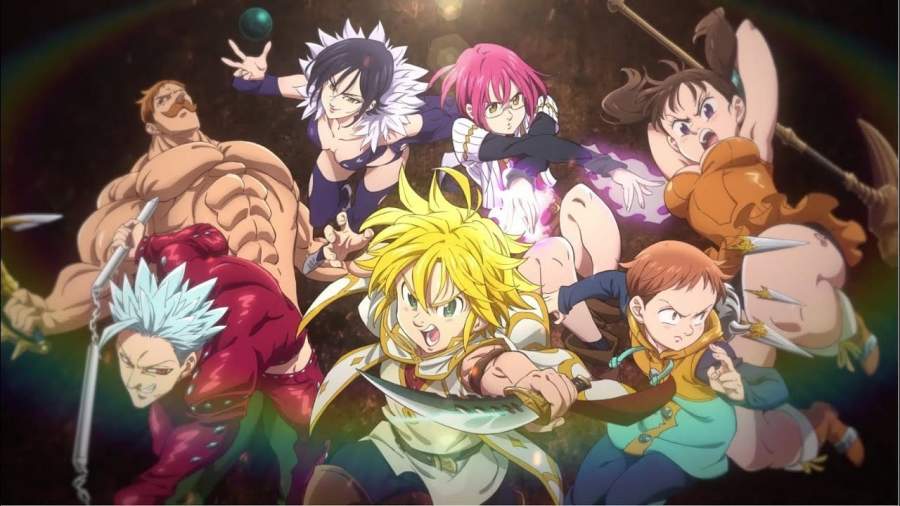 ‘The Seven Deadly Sins’ is an anime that created storms in the world of anime at the time of its release. The anime has a huge name when it comes to its intriguing plot and characterization.

Although the primary season of the anime started with a familiar storyline. But as the show progressed with later seasons, it picked up quite a good pace while creating a buzz in the anime world.

Sadly, the last season of the anime couldn’t live up to its expectations and has let us down. This happened because of its poor animation quality. But the anime is coming back with a brand season and a promise of improvisation. In this post, we will be sharing with you all the details of the upcoming season of The Seven Deadly Sins.

Everyone must have been pretty confused with the title, whether the upcoming season is Season 5 or Season 4. Before we move on to the release date, let me explain to you the anarchy behind the season number.

As per Netflix, the upcoming season is Season 5. But in terms of other streaming sites, it is Season 4 only because the second season was nothing but a 4 episode OVA.

The Seven Deadly Sins Season 5 is confirmed for its release, but no official date is declared yet. The confirmation for the upcoming season was posted via Twitter the last month.

The name of the upcoming season is ‘The Seven Deadly Sins: Judgement of Fury’.

But we can expect the release of the anime sometime nearly around October 2022. If we compare the series with its original, adapted manga. We see still more than 80 chapters are left. This means a lot more is still left to be covered. Hence, this confirms the release of the new season anytime soon.

Where can you watch the upcoming season of The Seven Deadly Sins?

The anime The Seven Deadly Sins is available on:

What is the anime all about?

The Seven Deadly Sins is an anime adaptation of a manga with the same name. The manga’s author is  Nakaba Suzuki.  The story of the anime is a fictional version of the British Isles.

The story is set in the backdrop of the kingdom of Liones, where the ‘Holy Knights protect the citizens’. The main story begins ten years after the group of Holy Knights is framed for staging a coup against the crown.

Princess Elizabeth seeks out The Seven Deadly Sins to restore peace in the land. With the help of the very same knights that had been on the run for the past ten years. Elizabeth believes she, with the help of the Knights, can bring back the lost peace and prosperity to the kingdom of Liones.

The trailer of The Seven Deadly Sins Season 5:

Along with the news of confirmation, a small teaser was also revealed on YouTube in March.